In the classic 1988 animated film “Who Framed Roger Rabbit”, Jessica Rabbit (Roger’s voluptuous wife) admits that she married her bumbling hero, Roger, simply because he makes her laugh. In other words, his actions and personality caused her to take specific action by marrying the guy. 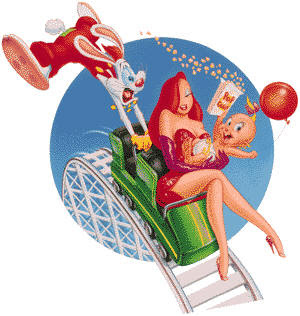 If you fast forward to today, I’d like to nominate Cyndy Miller as a modern day Roger Rabbit. You may have no idea who she is, but her actions have been widely circulated on the internet in the past few weeks.

Cyndy and her husband Walt run a company called Miller Farms Equine Transport. She recently sent the letter attached below to the executive director of AARP:

Recently you sent us a letter encouraging us to renew our lapsed membership in AARP by the requested date. I know it is not what you were looking for, but this is the most honest response I can give you. Our gap in coverage is merely a microscopic symptom of the real problem, a deepening lack of faith.

While we have proudly maintained our membership for several years and have long admired the AARP goals and principles, regrettably, we can no longer endorse its abdication of our values. Your letter specifically stated that we can count on AARP to speak up for our rights, yet the voice we hear is not ours. Your offer of being kept up to date on important issues through DIVIDED WE FAIL presents neither an impartial view nor the one we have come to embrace. We do believe that when two parties agree all the time on everything presented to them, one is probably not necessary. But, when the opinions and long term goals are diametrically opposed,the divorce is imminent. This is the philosophy which spawned our 200 years of government.

Once upon a time, we looked forward to being part of the senior demographic. We also looked to AARP to provide certain benefits and give our voice a power we could not possibly hope to achieve on our own. AARP gave us a sense of belonging which we no longer enjoy. The Socialist politics practiced by the Obama administration and empowered by AARP serves only to raise the blood pressure my medical insurance strives to contain.

Clearly a conflict of interest there!

We do not understand the AARP posture, feel greatly betrayed by the guiding forces that we expected to map out our senior years and leave your ranks with a great sense of regret. We mitigate that disappointment with the relief of knowing that we are not contributing to the problem anymore by renewing our membership. There are numerous other organizations which offer discounts without threatening our way of life or offending our sensibilities.

This Presidential Administration scares the living daylights out of us. Not just for ourselves, but for our proud and bloodstained heritage. But even more importantly for our children and grandchildren. Washington has rendered Soylent Green a prophetic cautionary tale rather than a nonfiction scare tactic. I have never in my life endorsed any militant or radical groups, yet now I find myself listening to them. I don't have to agree with them to appreciate the fear which birthed their existence. Their borderline insanity presents little more than a balance to the voice of the Socialist mindset in power. Perhaps I became American by a great stroke of luck in some cosmic uterine lottery,but in my adulthood I CHOOSE to embrace it and nurture the freedoms it represents as well as the responsibilities it requires.

Your website generously offers us the opportunity to receive all communication in Spanish.

Someone has broken into our 'house', invaded our home without our invitation or consent. The President has insisted we keep the perpetrator in comfort and learn the perp language so we can communicate our reluctant welcome to them.

I DON'T choose to welcome them.

I DON'T choose to support them.

I DON'T choose to educate them.

I DON'T choose to medicate them, pay for their food or clothing.

Please explain to me why foreign lawbreakers can enjoy privileges on American soil that Americans do not get?

We travel for a living. Walt hauls horses all over this great country, averaging over 10,000 miles a month when he is out there. He meets more people than a politician on caffeine overdose. Of all the many good folks he enjoyed on this last 10,000 miles, this trip yielded only ONE supporter of the current administration. One of us is out of touch with mainstream America . Since our poll is conducted without funding, I have more faith in it than one which is power driven.

We have decided to forward this to everyone on our mailing list, and will encourage them to do the same.With several hundred in my address book, I have every faith that the eventual exponential factor will make a credible statement to you.

I am disappointed as hell.

I am scared as hell.

I am MAD as hell, and I'm NOT gonna take it anymore!

I’ve long been a believer in the idea that the best antidote against negative thinking is positive action, so some time this coming week, Sharon and I are going to renew are lapsed AARP membership. Cyndy’s link to Roger Rabbit is that her actions and personality have caused ME to take specific action by renewing my lapsed AARP membership.

Most of us don’t really understand the health care legislation that was signed by President Obama last week, but buried within the mounds of paperwork is a provision that definitely is not well known:

With the nuances of health care reform getting all the attention, you may be surprised to learn that the recently passed health care legislation—the Patient Protection and Affordable Care Act of 2010, as amended by the Health Care and Education Reconciliation Act of 2010—includes several provisions related to college.

1) Currently, there are two ways to obtain a federal student loan—borrow directly from the federal government under the William D. Ford Federal Direct Loan (“Direct Loan”) program or borrow from a private lender who participates in the Federal Family Education Loan (FFEL) program. The FFEL program has been in existence since 1965 (the Direct Loan program since 1994), and private lenders in the FFEL program receive government subsidies to encourage them to loan money to students.

Generally, student borrowers shouldn't notice much of a difference with this change. If anything, the new system should be simpler and less confusing, because borrowers won't have to "shop around" for a private lender to obtain their federal student loans.

2) The Pell Grant is the federal government’s largest financial aid grant program. It is available to undergraduate students with exceptional financial need (typically students from families who earn less than about $45,000 per year). Graduate students aren’t eligible.

On July 1, 2009, the federal government's new Income Based Repayment (IBR) program went into effect. The IBR program was created to help college graduates manage their increasingly large student loan payment obligations. Under the program, a borrower’s monthly student loan payment is calculated based on income and family size. A borrower is allowed to pay 15% of his or her discretionary income to student loan payments, with any remaining debt forgiven after 25 years. The program is open to graduates with a federal Stafford Loan, Graduate PLUS Loan, or Consolidation Loan made under either the Direct Loan program or the FFEL program.

What I DO know, however, is that the long needed health care reform package won’t be as bad as some people envision it: 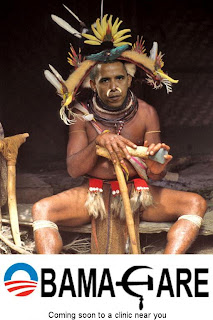 The health care legislation that just passed is the most significant health care legislation to pass since Medicare, way back in 1965. Ever since it has been passed, various members of the Republican Party have been trying to repeal it, but they have yet to come up with an attractive alternative. The Supreme Court upheld the law back in 2010, but are taking another look at it in 2015. According to the most reliable estimates, repealing the law could increase our pubic deficit by as much as $353 billion over a 10 year period, not exactly what you would call being "fiscally responsible".

It’s starting to look like our elected officials’ finally “did right” for the people of our country.