Philip Morris & Company used the Marlboro Man in ads from 1954 until 1999. Although a number of different people portrayed the Marlboro Man during that time period, an ex-rancher named Darrell Winfield had the longest run, at 20 years. He was originally selected by the creative director of the Leo Burnett advertising agency because “he scared the hell out of him.” 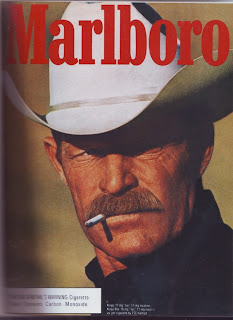 In view of the tough image of the Marlboro Man, you would probably be surprised at the fact that Marlboro was originally introduced (in 1926) as a woman’s cigarette. The advertising theme for the cigarette was the less than inspiring “mild as May”campaign, and the brand faltered repeatedly for the next 30 years.

What saved the brand, ironically enough, was lung cancer.

During the early 1950’s, the first studies linking cigarette smoking to lung cancer were released. As a result, smokers started to switch from the favored brands of Camels, Lucky Strikes, and Chesterfields to the “safer” filtered cigarettes, like Marlboro.

Logic would tell you that an advertising agency would focus on these new-found health concerns, but the Leo Burnett agency took an entirely different approach, focusing instead on the Masculine Image of the New Marlboro.

Three of the men who portrayed the Marlboro Man (Wayne McLaren, David McLean, and Dick Hammer) all died from lung cancer. Strangely enough, their passing hasn’t put much of a dent in the popularity of smoking overseas. The Marlboro Man ads were used up until recently in both Germany and the Czech Republic, but cigarette sales in Asia have EXPLODED.

China is now the world’s largest cigarette market, with over 2 TRILLION cigarettes sold every year. The number of smokers in China exceeds the entire population of the United States, where 25% of the population smokes cigarettes. Amazingly, nearly 60% of the DOCTORS in China are cigarette smokers!

Who is the modern day Marlboro Man? One example is pictured below: 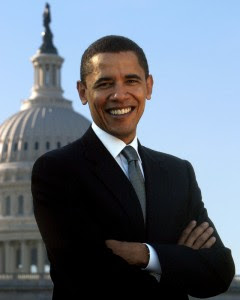 Although President Obama began an earnest attempt in 2007 to quit smoking Marlboro cigarettes, it’s rumored that the pressures of his job have caused a few relapses since that time.

By now, you’re aware of the fact that I’m a fan, but even his most ardent supporters will concede that he should have pushed a little harder, on occasion, to get what he wants. You’re never going to see him walking into a joint session of Congress with a cowboy hat on his head, a bullwhip in one hand, and a cigarette dangling from his lips, but he needs to somehow get tougher with the obstructionists in Congress for the good of our country. 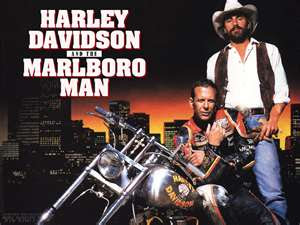 By the way, if you’re still under the impression that all you need to herd cattle is a tough old cowboy on a horse (or a Harley) the video below will open your eyes: